What Everybody Should Know About Energy Drink Vs. Caffeinated Water

Perk 2o > Blog: Top 5 Benefits > blogs > What Everybody Should Know About Energy Drink Vs. Caffeinated Water 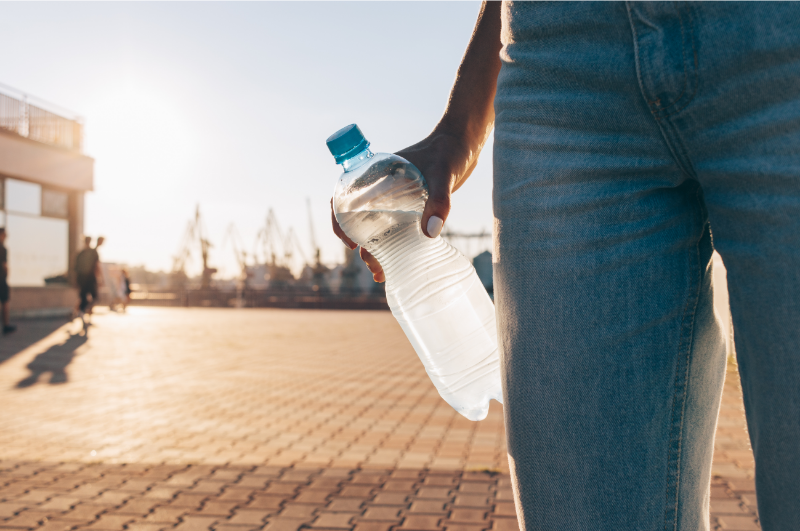 What Everybody Should Know About Energy Drink Vs. Caffeinated Water

It is no secret that caffeine is popular. We see everybody from college students to athletes and even the occasional office worker with an energy drink, coffee, or caffeinated water in their hand.

However, plenty of people do not like the idea of drinking an energy drink because they don’t want all those extra calories or sugar.

So, what if you could get the same benefits as an energy drink without having to worry about any extra ingredients? Some have turned to caffeinated water as a healthier energy solution.

Both of these drinks have one thing in common, caffeine, but it’s the additional ingredients that make the difference.

As with coffee, there isn’t much extra in caffeinated water. Some brands will include natural flavorings or electrolytes, but nothing that wouldn’t be in standard seltzer water.

We all know that, in most cases, adding unnatural sugars to your drink will make them unhealthy for you, which is why most drink companies avoid that nowadays.

Energy drinks, in general, have not gone down this path. Not only are they loaded with sugar and caffeine, but a whole host of other ingredients. Labels claim that these extra ingredients aid with focus and wakefulness, but there’s nothing to prove them right outside the primary 2 (sugar, caffeine).

This post will cover some of the unwanted ingredients that you may find in your energy drinks.

Let’s start with an obvious one. We all know that excess sugar is bad for us.

It adds carbs, makes us crave more food, and isn’t great for our teeth. However, brands include it in so many energy drinks because it gives you a slight boost in brainpower.

That’s one of the big reasons why gamers sponsor these drinks. While caffeine does keep them awake, it’s the sugar that gives them a burst of energy before their match.

While there is nothing wrong with some sugar in moderation, most brands contain as much or more sugar as soda. It’s also important to remember that beverages are the leading source of all sugars in the American diet.

Ignoring this fact could lead to such problems as diabetes or high blood pressure.

It may seem strange to include this here because both of these drinks do contain caffeine, but it’s the levels that we will be looking at.

Caffeine is, again, fantastic in moderation but could become a problem in excessive amounts. However, you could make the same case for just about anything.

The problem here is that energy drinks have so much caffeine in them that you can fly way past excess before you even know it.

A cup of coffee or caffeinated water will typically contain about 100 mg of caffeine—a manageable serving for a healthy adult.

On the other hand, energy drinks sometimes include up to 4x that amount in a single serving, which could be misleading to people who drink multiple a day.

Over time, this could damage your sleep and blood pressure and force your body through caffeine withdrawal should you stop drinking as much.

Most people would expect their drinks to be pretty straightforward. How much more do you need than some flavoring, a bit of sugar, and a drop of caffeine?

Everyone knows that companies have been sneaking extra ingredients into their drinks for years, which continues to happen. People have been making up rumors for years about some unmentionable ingredients in Red Bull to give you wings.

While that rumor is not valid, there are a few ingredients that you should keep in mind.

What else is in an energy drink?

While these ingredients can occur naturally in our diets, each has its dangers in excess. The exact effects of these ingredients when combined with medications or other substances are unmeasured and should be handled with caution.

Should You Be Drinking Energy Drinks Over Caffeinated Beverages?

When it comes down to it, an energy drink a day probably won’t kill you, but doing it for long enough might.

Caffeine and sugar put an extra strain on our hearts, which are incredible organs but not invincible. There are adverse effects to your weight and general health as well that can build up over time.

Caffeinated water is a healthier solution and is the one you should pick if you are just in it for energy. It’s likely more hydrating and won’t give you the same unwanted side effects that energy drinks will.

Chemical Free Minerals Safety Tips
Shopping cart0
There are no products in the cart!
Continue shopping
0